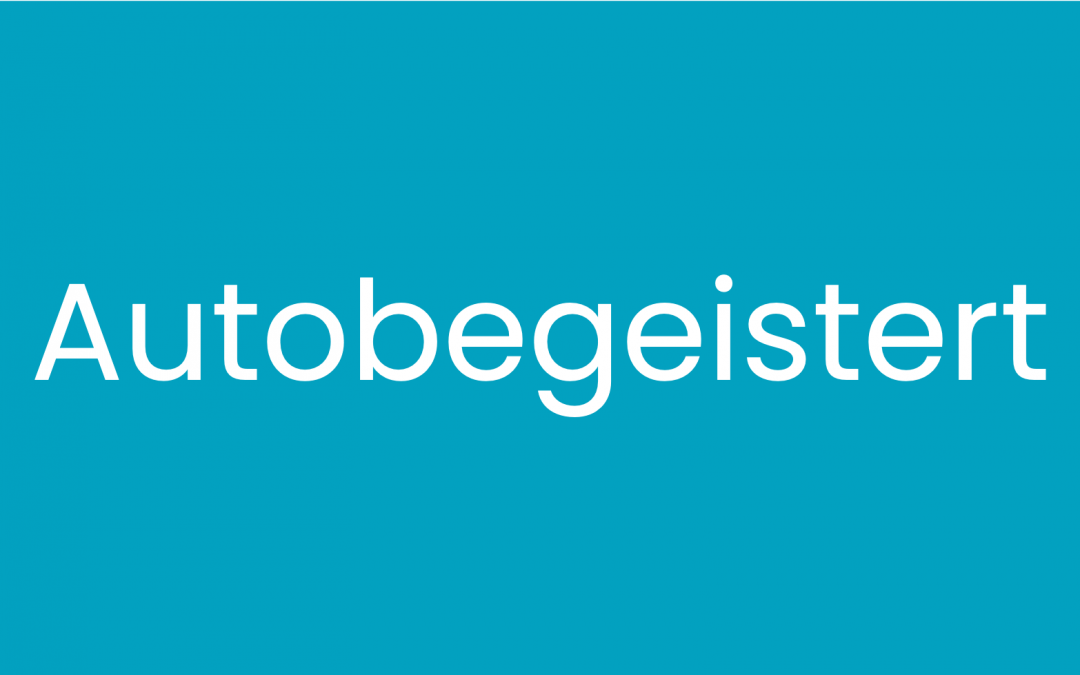 Parking – walking a few steps – looking around. According to a saying “If you don`t look back after you park it, you have the wrong car”, we don`t just see the cars as a box with four wheels to get from A to B.

It’s more than this:

We visit museums for cars and are fascinated by the art of their engineering.

When we go to car fairs or Saturday to the car dealership, we simply have a look. With our hands in our pockets and thoughts in our heads: “So that’s him. The newcomer. Cool. So that’ s him from the back. I like that.”

We configure cars that we cannot afford yet. Simply out of fascination. Just daydreaming. And to work harder and make that dream become reality some day.

We enjoy driving. We often question the technology and are enthusiastic about the ever improving driving characteristics.

And YES! we’re proud sometimes, on what technical progress has brought us in recent years.

We dreamed as a child of being able to fix our own car. Maybe even make it our profession: “I want to work with cars.”

At the end of the day we’re all probably more or less car enthusiasts. This is why ASPHALTKIND was created for.

But what does a car mean to others?

Only one way to move around? The car itself is increasingly being devalued negatively. But no one wants to miss it. Nobody wants to miss out on the luxury, even if only in their imagination, of being able to get into a car and just start driving. This is exactly why the car is so successful. And that’s also why those who don’t think of themselves as car enthusiasts are so enthusiastic.

Sometimes it’s just the thought “I could, if I wanted to, get in the car right now and head for the North Sea.”

“But we’re harming the environment!”

That’s true. Cars are not CO2 neutral. Just like all other products you use every day. Most of the CO2 is often emitted during the production. Whether it’s a new pair of shoes, with which you want to walk short distances instead of driving to reduce CO2 emissions. An e-bike that allows you to cover distances of less than 10 kilometres. Or the carbon fiber boat to sail CO2-neutral to the climate conference in New York.

Giving up individual mobility will not work. So there’ s only one solution: we have to make it more CO2-neutral. The question of oil, hydrogen or electricity is a matter for other parties. With ASPHALTKIND, we are focusing on the used materials. The engineering. And on the emotions and dreams that we do not want to miss. Because one thing is for sure, without profitable innovations in the field of energy and materials, we will lack the economic power to advance CO2-neutral technologies in the future. Therefore, instead of bans, we should rather promote innovations. After all, no one is going to give up on something.