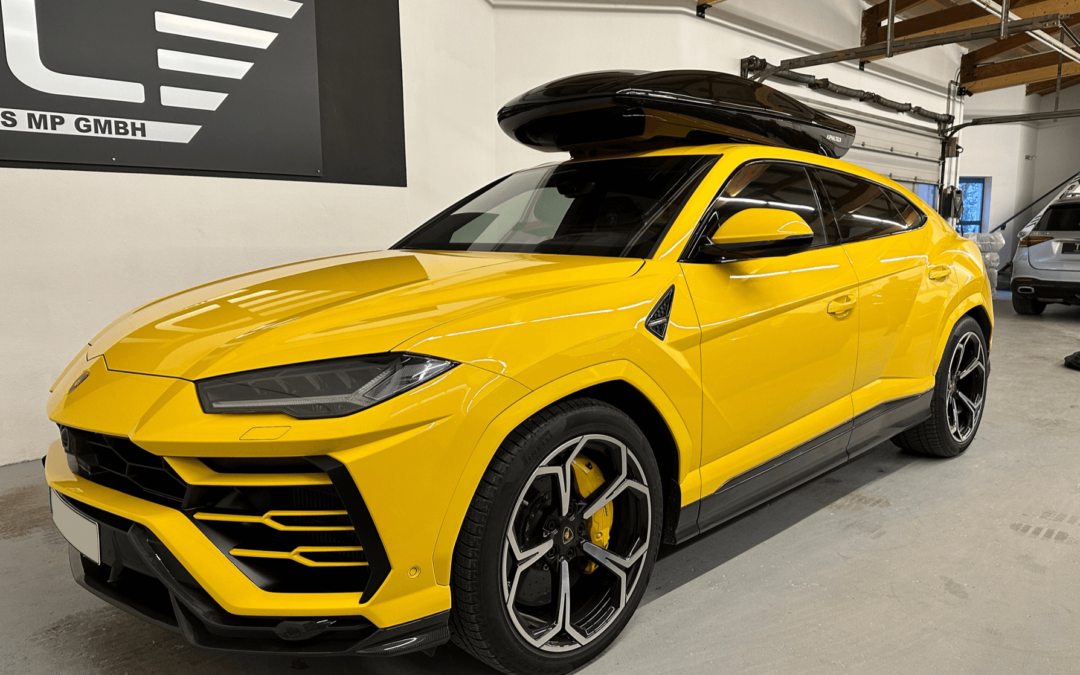 In December 2022, the time had finally come: we delivered our first customer roof boxes.

Especially for the first deliveries, it was important to us to personally bring the ASPHALTKIND roof box “Cropfiber” to the pre-orderers from Austria and southern Germany. In addition, the assembly was to take place in the same step.

Understandably, such a delivery is not possible with our 911. So a van was hired in which the two roof boxes found space. In addition, some luggage filled the cargo space, as our founder and managing director Nils had combined a short holiday with the delivery.

The weather prospects still looked good when we left Dortmund, but shortly before the first stopover near Stuttgart, snow began to fall. This was later to turn into freezing rain, which in turn caused the windscreen to freeze. 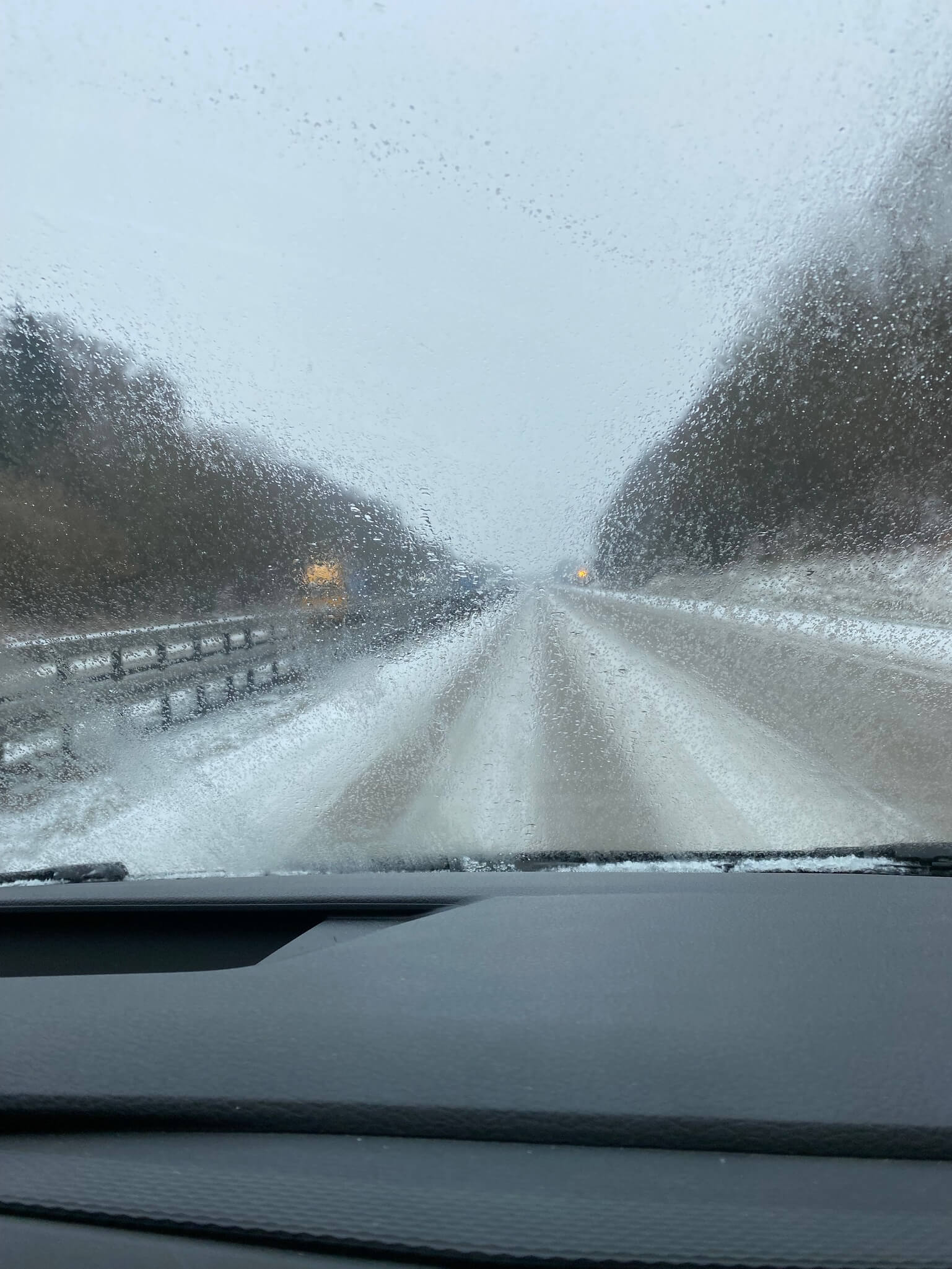 The perfect roof box for the BMW X5

On arrival at the customer’s premises, the ASPHALTKIND box was explained in detail and the most important features, such as the electric locking system, were demonstrated. The opening of the box via remote control inspires again and again! A real unique selling point in addition to the perfect aerodynamics and the appealing design. In our opinion, the latter in particular also fits perfectly on the BMW X5M, the new home of the first ASPHALTKIND roof box “Cropfiber” delivered. 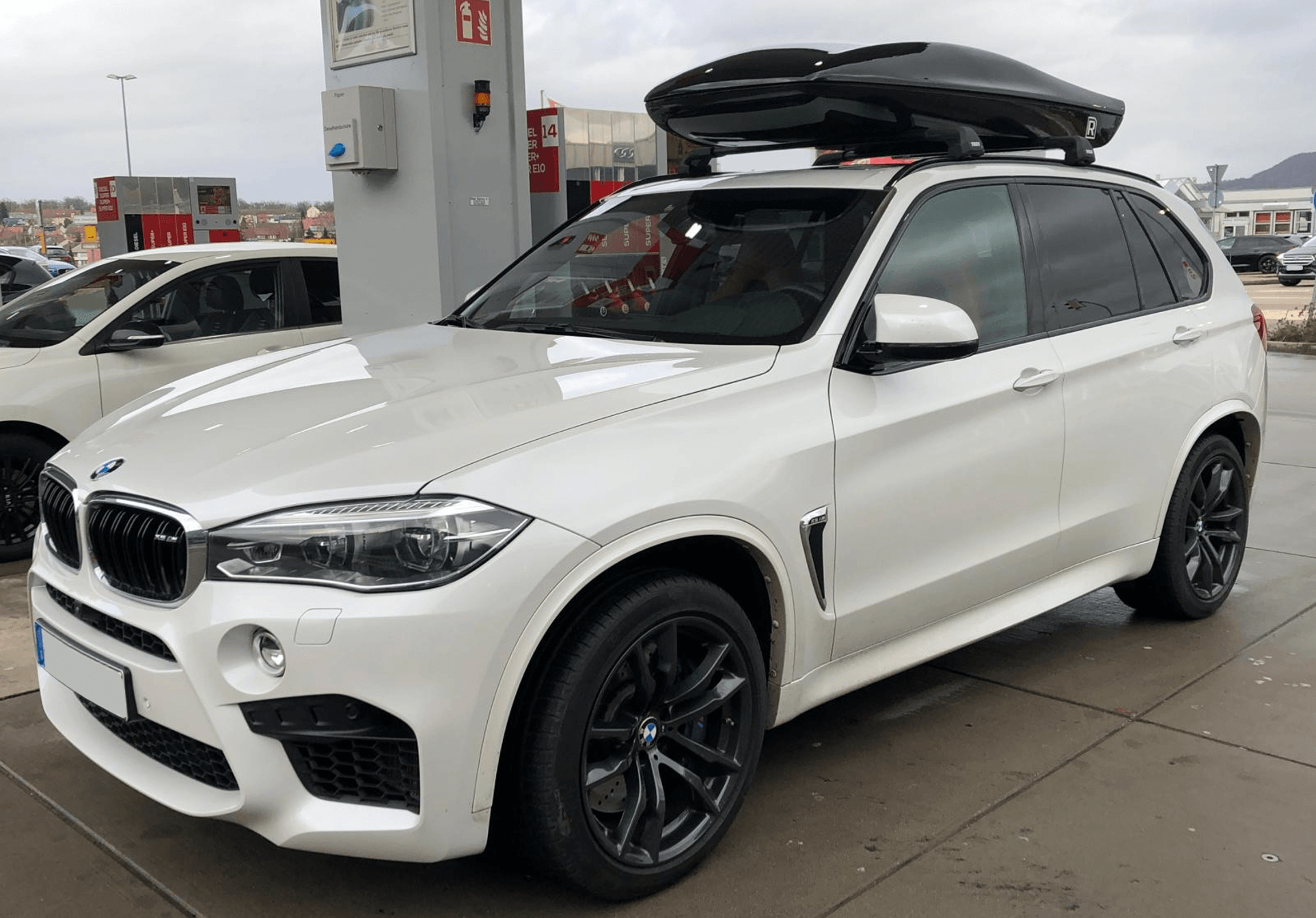 ASPHALTKIND Box on the Lamborghini URUS

After a short stopover near Lake Constance, we headed towards Innsbruck.

After a leisurely lunch with the customer, we had the opportunity to put our lightweight box on a yellow Lamborghini Urus. 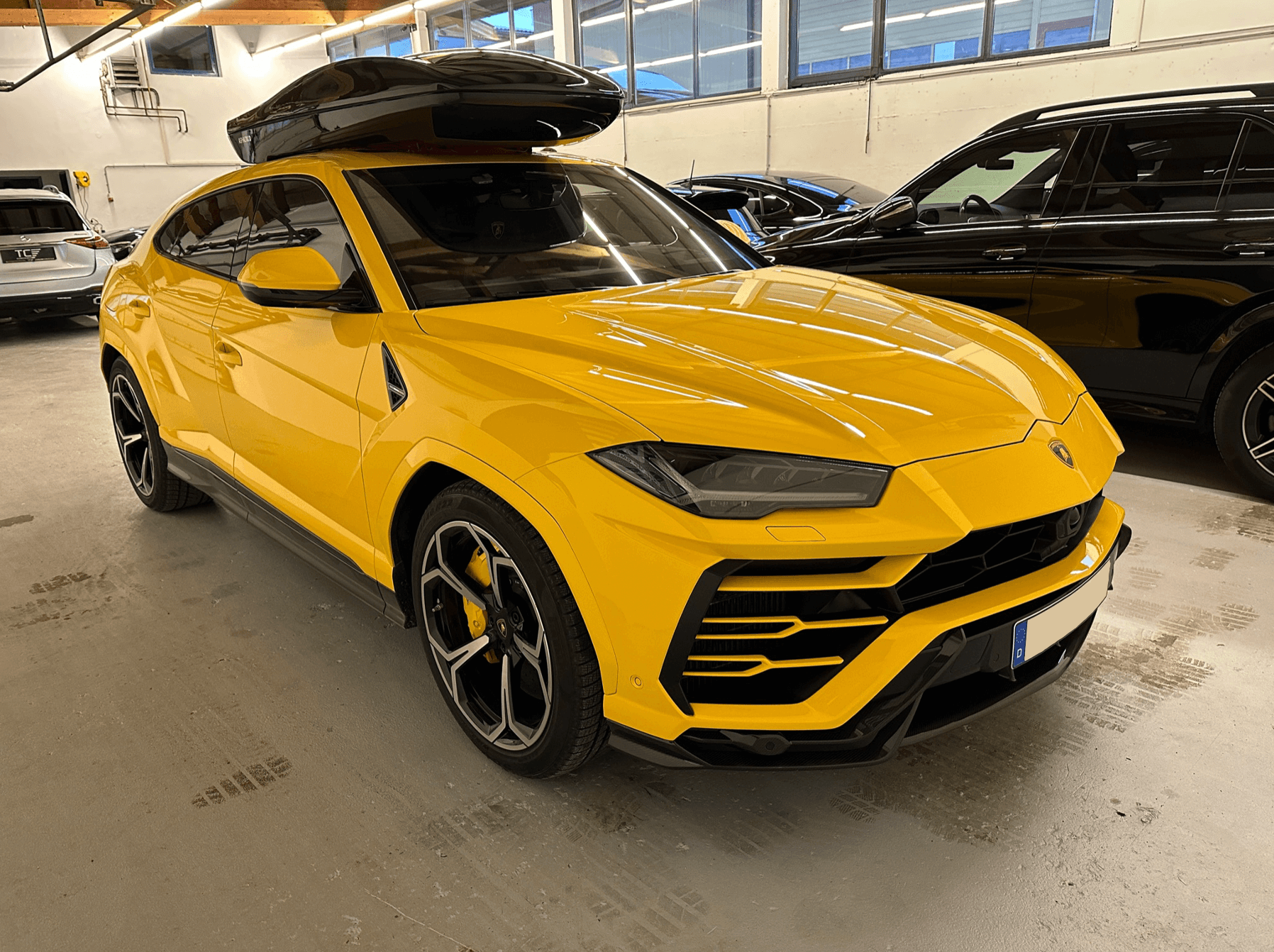 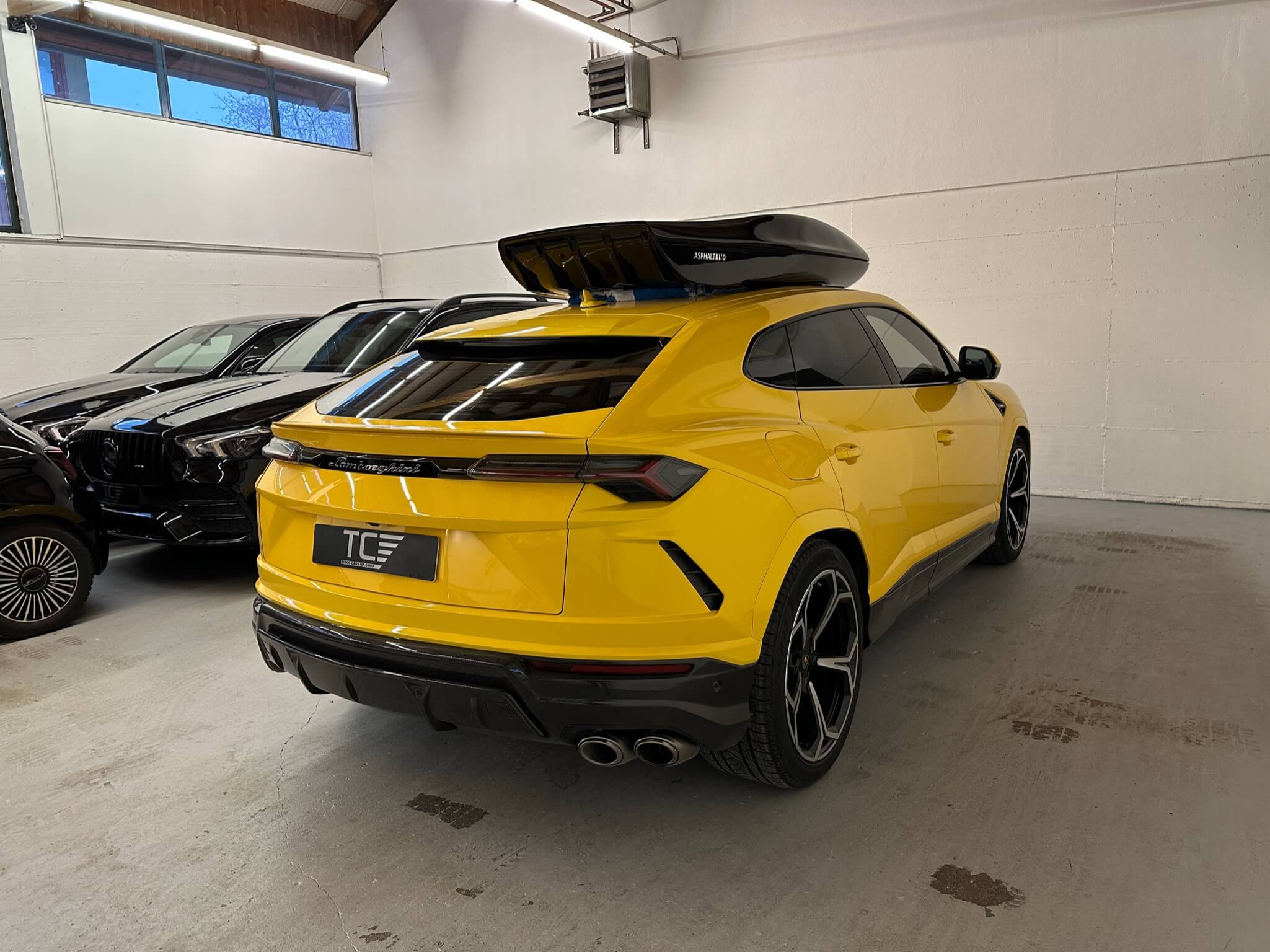 The combination of the ASPHALTKIND roof box and the Urus is “a poem”. It is always striking that our roof box, developed on the 911, is built for a wide range of models and body shapes. It impresses with its design and lightweight construction.

“Developed and tested on a sports car, built for estate, saloon, coupé and SUV. And the left lane.”

Estate car drivers in particular are interested in our roof box. Among them are some Audi RS6 drivers. This was also the case for our customer, who configured his Audi RS6 with the special “Goodwoodgreen” paint finish.

In our opinion, our roof box is the perfect solution for the Audi RS6. Especially when you want to “go faster” and don’t want to destroy the beautiful design of the car with a standard box. Matching the carbon add-on parts, the ASPHALTKIND roof box “Cropfiber“ also comes up trumps with its fibre optics. In the spirit of understatement, this customer box only catches the eye on closer inspection! Just in time, the skibox was taken to Italy immediately after assembly to make a few runs over the upcoming weekend. From subsequent conversations it became clear: the box left a clear impression on the car parks of the ski lifts. Besides “thumbs up”, there were many interested people who took a photo or two. So the RS6 with ASPHALTKIND roof box was a real eye-catcher!

After delivery, we returned to Dortmund, where a new product category is currently being born in our factory: The ASPHALTKIND roof box “Carbon”…